Implementation of the 8.33 kHz spacing

The regulation applies to all general air traffic (GAT) flights in the airspace of the ICAO EUR region managed by Member States, in particular underFL 195, and to all in-band ground and in-band VHF [117.975 MHz - 137 MHz] radio equipment.
It lays down requirements for the conversion to 8.33 kHz of almost all the frequencies in this band and the carrying of 8.33 kHz compatible radioequipment.
The conversion requirements do not apply to the following 25 kHz frequencies: urgency (121.5 MHz), SAR (123.1 MHz), VDL, ACARS, CLIMAX, aswell as the frequencies that shall remain within 25 kHz channel spacing for security reasons

Conversion of frequencies from 25 kHz to 8.33 kHz: 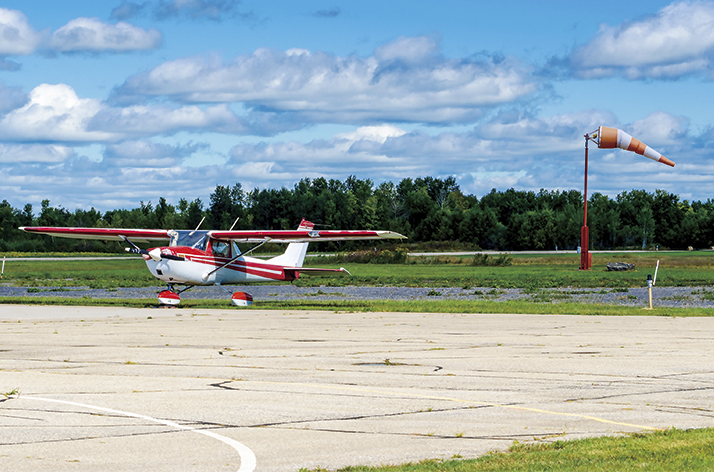 The IC-A16E has indeed many advantages: 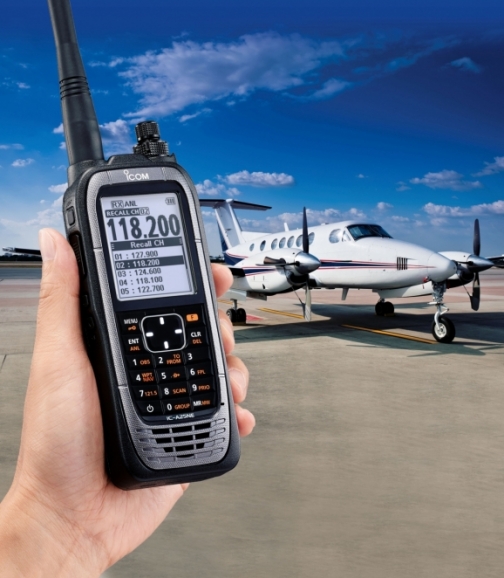 Built-in GPS with Simplified Waypoint NAV (for IC-A25N)
The simplified waypoint NAV guides you to a destination by using current position information from GPS (also GLONASS and SBAS). The waypoint NAV has two functions: Direct-To NAV and Flight Plan NAV. In the Direct-To NAV, the IC-A25N directly guides you to a specified waypoint. In the Flight Plan NAV, the transceiver guides you to a sequential series of waypoints. Up to 10 flight plans and 300 waypoints can be memorized in the IC-A25N. Position information imported from an Android/iOS device* can be used as a waypoint.
* RS-AERO1A/RS-AERO1I required.

VOR Navigation Functions (for IC-A25N)
The CDI (Course Deviation Indicator) is detailed like a real VOR instrument, and displays any deviation from your course.
The OBS (Omni Bearing Selector) enables you to change course from the original flight plan.
The TO-FROM indicator shows the position relationship between your aircraft and the course selected by the OBS.
The ABSS (Automatic Bearing Set System) function enables you to set the current course as a new course in two simple steps.

The IC-A220 TSO version can be used as a primary VHF radio in general aviation (part 23) aircraft.
The TSO version is also accepted as an ETSO radio under the TSO/ETSO reciprocal acceptance policy. 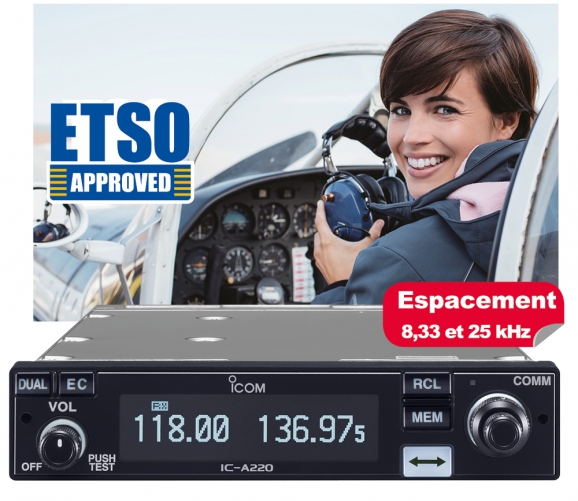